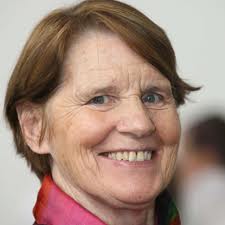 The NSI Humanitarian Award (Formerly the Robert Emmet Medal) is awarded every two years to an individual or organisation that has displayed selfless humanitarianism in an Irish context.

The 2012 award was presented to Sister Stan Kennedy at St. Catherine’s Church on Thomas Street, the site of Robert Emmet’s execution in 1803, on Sunday the 4th of March 2012.

Sister Stan was honoured for her tireless work for others and in particular for her efforts in establishing organisations such as Focus Ireland and the Immigrant Council of Ireland.

Members of the society voted to present the 2016 award for humanitarianism to our Patron, Senator David Norris. The award will be presented at a ceremony in September, details will be posted soon.