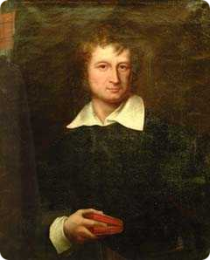 In 1821, Sir Thomas Wyse of Waterford married Letitia Bonaparte, niece of Emperor Napoleon I having met her during his Grand Tour of Italy.

They were married in Vitebo in Italy after a dowery of 10,000 pounds was secured from the brides family.

The initially lived in France and had a son Napoleon Alfred Bonaparte-Wyse before returning to Waterford where their second son William Charles Bonaparte-Wyse was born.

The marriage was doomed however and although Letitia went on to have five children in total, Sir Thomas only admitted to being father of the first two.

Today, The Waterford Museum of Treasures houses 30 artifacts belonging to the Bonapart-Wyse family including a cross made of jet, once owned  by Napoleon’s mother who was also called Letitia.

Napoleon Alfred Bonaparte-Wyse died in Paris and his brother William Charles died in Cannes but one of his sons remained in Ireland and it is their descendants who have lent the family artifacts, including a number of portraits, to the Waterford museum.

This page is currently under construction.